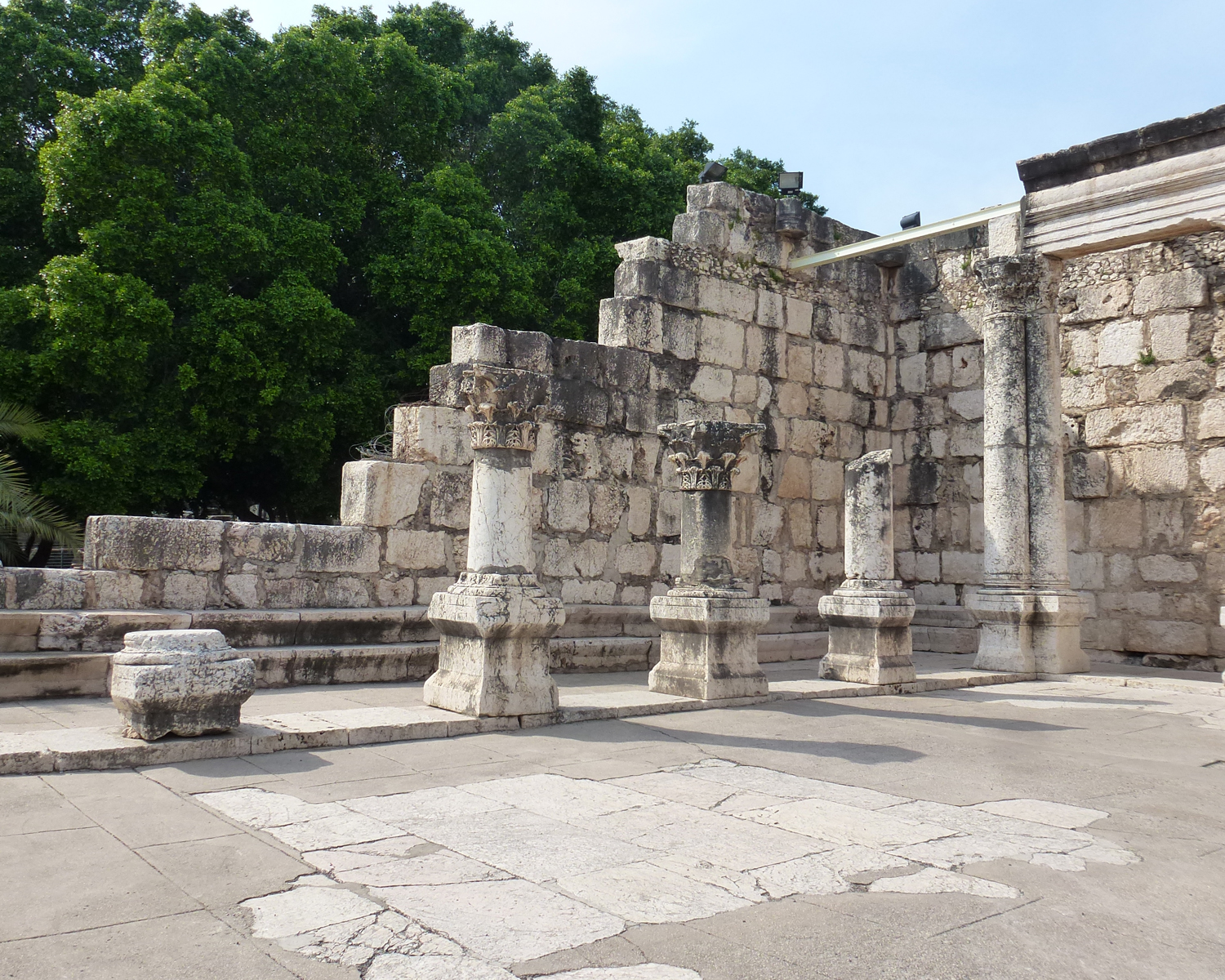 Capernaum is a must see on your trip to the Holy Land. Overlooking the Sea of Galilee, this fishing village was were Jesus did many miracles including healing the Centurion’s daughter and Peter’s mother in law.

The synagogue is magnificent with its beautiful white limestone pillars and seats. However, the structure was built on top of the original foundation which is believed where Jesus actually taught. A corner of the original synagogue is still visible and a delight to see with its contrasting black basalt rock.

“Then they went into Capernaum, and immediately on the Sabbath He entered the synagogue and taught. And they were astonished at His teaching, for He taught them as one having authority, and not as the scribes.” Mark 1:21-22.

Another gem that is found amongst the ruins of Capernaum is Peter’s house. A church has been built over the home to showcase and help preserve it. With a glass bottom floor, site seers can get an overview of the humble house.

“Now as soon as they had come out of the synagogue, they entered the house of Simon and Andrew, with James and John. But Simon’s wife’s mother lay sick with a fever, and they told Him about her at once. So He came and took her by the hand and lifted her up, and immediately the fever left her. And she served them.” Mark 1:29-31.

Capernaum was a thriving village strategically placed on trade routes, a perfect location for Jesus to teach and grow His ministry. Visitors in this town were able to take Jesus’ message to all the areas in the region. Make sure it’s on your itinerary when you visit Israel!